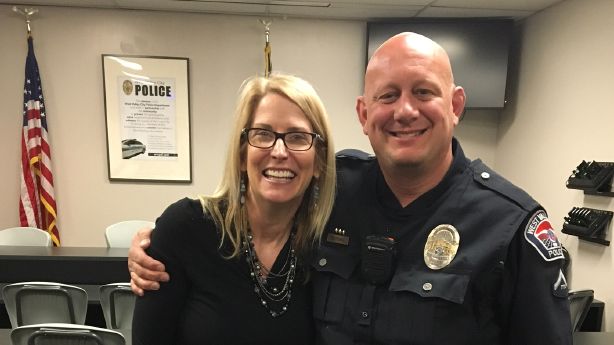 The following nomination was written by Manwill Emmylou, citizen of West Valley City:

Detective Justin Boardman is shifting the way that police across the entire State of Utah deal with sexual assault investigations. He is one of the main trauma-informed investigative trainers that goes around the State (and to conferences out of state) to discuss how to interview victims of sexual assault without retraumatizing them, and piecing together their stories through the trauma-informed victim interviewing. He is the recruitment chair for the Board of the Utah Coalition Against Sexual Assault and has helped recruit new board members, including me!, that are survivors of sexual assault so that we have a big voice at the table.

Besides his involvement with sexual assault advocacy, Justin is an all around great guy and brings a positive light on all police officers through his compassion, energy, and consideration of others and the multi-pronged system that it takes to actually effect change and bring justice. He works closely with prosecutors during sexual assault investigations, and I have heard from victims he has helped that he stops by and makes sure they are doing well despite the lack of communication and craziness that the system often entails.