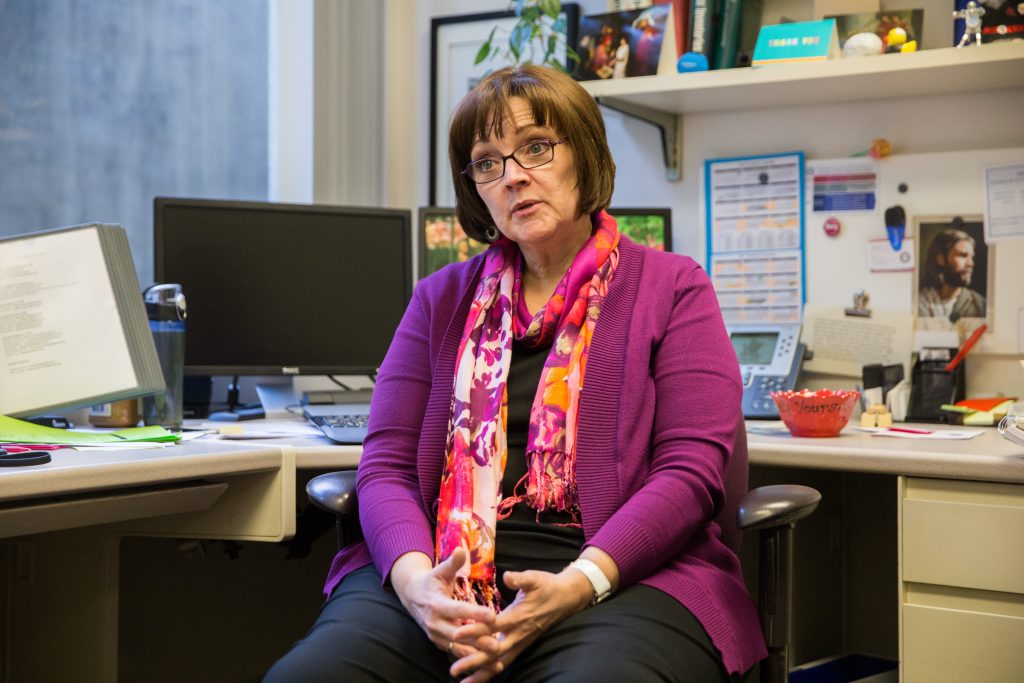 A new Title IX Coordinator and Victim Advocate have been appointed since the sexual assault report that was published in October. This has created more awareness on campus about sexual assault, according to Women’s Services and Resources campaign specialist Madison Fullmer.

Fullmer, a recreation management major, works as the Campaign Specialist for Women’s Services and Resources. She said BYU students have responded more positively to the campaigns about sexual assault since this study was published.

“Students have been more open than they have in the past,” Fullmer said. “I think more than anything, students are just more accustomed to hearing about (sexual assault), and know that it is a real thing.”

As a result of the self-study, a report was published in October 2016 highlighting issues the school has with sexual assault and offering suggestions for change.

Among the most prominent of these changes was the appointment of Tiffany Turley as the new Title IX coordinator and Lisa Leavitt as a victim advocate at the beginning of the semester. These women have each had experiences that will help them make a difference at BYU as they interact with sexual assault victims and other members of the campus community.

Turley heads the Title IX office. She worked previously as the manager of Women’s Services and Resources for two years and also worked in various administrative positions for the Department of Workforce Services in Utah for several years.

“The underlying goal of our office is creating a really safe and healthy environment for our students here on campus,” Turley said.

Her volunteer involvement also prepared her for this position. Turley worked on many projects with the Rape Recovery Center and the Utah Coalition Against Sexual Assault. She is also a certified sexual assault crisis counselor.

A Title IX coordinator position has existed at BYU for over five years, but this is the first year it is a unique position. Prior to this change, the Title IX coordinator had to juggle other positions and responsibilities. Now, Turley will be able to give more specific attention to sexual assault issues.3

The Title IX office also moved away from the Honor Code office to its own space in the Wilkinson Student Center. This change was made to emphasize the importance of the Title IX office and to help students feel more comfortable when they visit.

The BYU Advisory Council also created an entirely new victim advocate position. Lisa Leavitt, a licensed psychologist at BYU, is the first person to fill this position. She has worked for BYU’s Counseling and Psychological Services for over 10 years and is a member of the Utah Sexual Assault Task Force.

Leavitt is excited to help BYU move forward in addressing the sexual assault problems on campus.

“I think they did a great job in the study of being pretty honest and addressing some really good solutions,” Leavitt said.

Leavitt said she is still learning many things about her new position, but her main responsibilities fall into three categories. First, she is an actual advocate for the students, helping them navigate the Title IX Process, getting them in touch with community resources or explaining their rights.

Second, Leavitt helps to educate professors, staff and other members of the campus community about her role and the processes that BYU has in place to deal with issues of sexual harassment or abuse.

Finally, she is a liaison between BYU and the community when it comes to available resources for sexual assault victims.

The changes BYU is making show that the administrators are invested and taking the matter very seriously, according to Turley.

“The recommendations that we have been given through the self-study . . . will help fast forward us into an era where I see BYU actually being a leader,” Turley said.

This piece originally appeared in The Daily Universe. Click here to read the original article.