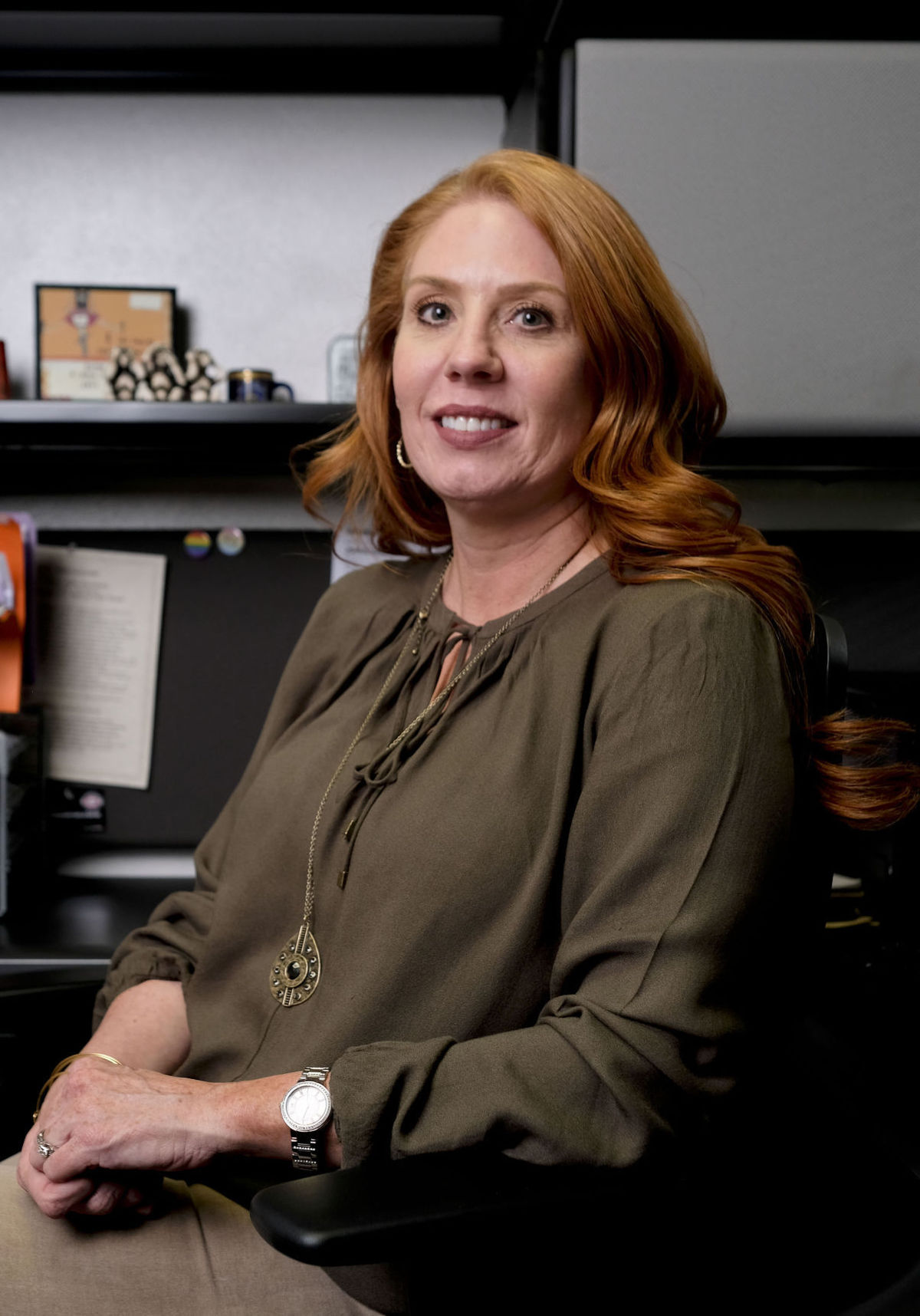 When Kortney Hughes attended the Conference on Crimes Against Women in 2014, she went in believing sexual assault kits were primarily used when a suspect’s identity was not known.

“When we were collecting these kits, we didn’t know any better,” she said. “That evidence used only used to help identify someone.”

But after attending the conference and hearing from a particular keynote speaker, Hughes reevaluated her understanding of rape kits and made it her goal to test all untested rape kits submitted to the Provo Police Department.

Her tenacious attitude, compassion towards victims of sexual assault and leadership with victims services earned her the recognition as law enforcement advocate of the year from the Utah Coalition Against Sexual Assault.

“Kortney has taken the Provo Police Department victims advocate program to new levels that we haven’t seen before,” said Turner Bitton, executive director of the Utah Coalition against Sexual Assault. “What she has done is a model for the whole state.”

Hughes has been with the Provo Police Department for 20 years, the four most recent with the victims services program. She and the other advocates are available around the clock to help any victim of a major crime, including sexual assault.

“They’re on call 24/7 to assist and help these victims—help them heal, help them move forward and provide them with resources,” she said.

But not only is Hughes pulling extra hours, she has been a tremendous force in testing backlogged rape kits across the state.

Shortly after attending the 2014 conference, state services also began moving forward to test backlogged rape kits. A special committee was formed in 2014, which Hughes frequently contributed to, to decide how to ensure the highest priority kits were tested first.

Rape kit testing not only identifies the suspect, but it also confirms other information, such as suspects wanted in other parts of the country.

“Law enforcement agencies have a significant number of backlogged kits mostly due to resources and a whole host of other issues,” Bitton said.

Since the need has been addressed and better understood, more than 3,000 backlogged rape kits have either been tested or submitted at the Utah Crime Lab, 200 of which were submitted from the Provo Police Department.

Hughes even helped secure a federal grant from the National Institute of Justice to have their top 30 high-priority kits tested.

“The department has been very supportive,” Hughes said. “This is something they’ve entrusted me with, to run the victim services division and make sure our community is getting the best possible service when it comes to domestic violence and sexual assault.”

But Hughes modestly said it’s “silly” to recognize her alone for the award when she feels it’s her team around her that really makes the difference.

“It just feels silly that it’s singling me out for something when there are so many boots on the ground, out there making such a difference every day,” she said. “I have an amazing staff of advocates that at the drop of a hat are out the door. … I feel like this is for all of them.”

The support backing Hughes’s nomination was overwhelming, Bitton said. Of the eight individuals who were awarded Sexual Assault Awareness Month awards, she received the second largest number of votes — a credit to her willingness to act as a force for good for the victims she serves.

“She has worked both internally within the system, and externally outside of the system to bring together stakeholders of all different backgrounds to serve victims with excellence,” Bitton said.

Hughes said this award shows that the Provo Police Department is focused on victims and their safety.

Nine other honorable mentions were also recognized, one of whom was Kevin J Worthen, president of Brigham Young University.

Bitton said he’s been touched by how eagerly BYU is making changes after it came to light that many were concerned about how BYU responded and reacted to students’ reports of sexual assault. Bitton said Worthen has undertaken a tremendous task by reshaping its Title IX and Honor Code offices, but is doing so well.

“They’ve faced a lot of criticism but to his credit, they have chosen to go down a very difficult path and create good, evidence victim’s based services on campus,” Bitton said. “That is no small undertaking for any campus, let alone a private institution that is religious-based.”