UCASA's staff is made up of world-class leaders, visionaries, community champions, educators, and trainers. We’re an organization that works a variety of initiatives: educational and training programs, public policy and legislative advocacy, and sexual violence prevention program. Our team is well-equipped to do it, too: each of us brings a unique background and skills to the organization, and as a result, UCASA has won local and national acclaim for our commitment to combating sexual violence in all of its forms. Our staff is dedicated to fighting for justice and brings a world-class skill set to our organization. 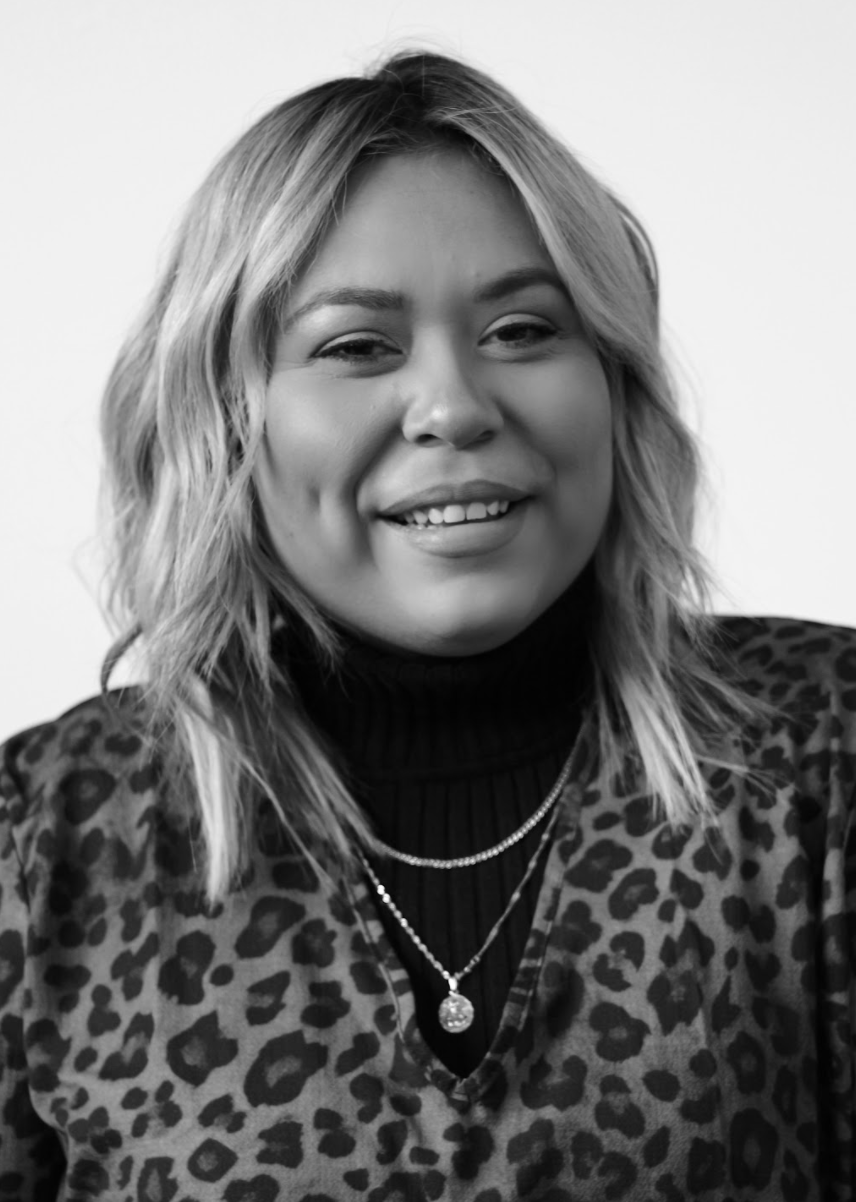 Liliana Olvera-Arbon joined UCASA over a year ago, with over 10 years of experience working in social services. She demonstrated profound leadership while working at a Los Angeles based rape crisis center and later as a Program Coordinator at the California Coalition Against Sexual Assault.  Her vision is to center and uplift the voices of communities marginalized by society and bring a deep commitment toward social equity and collective liberation. She is dedicated to educating people of their rights and opportunities and envisions a world free of gender-based violence. In her spare time, Liliana enjoys taking walks to the park with her husband and their sweet doggy Daisy! 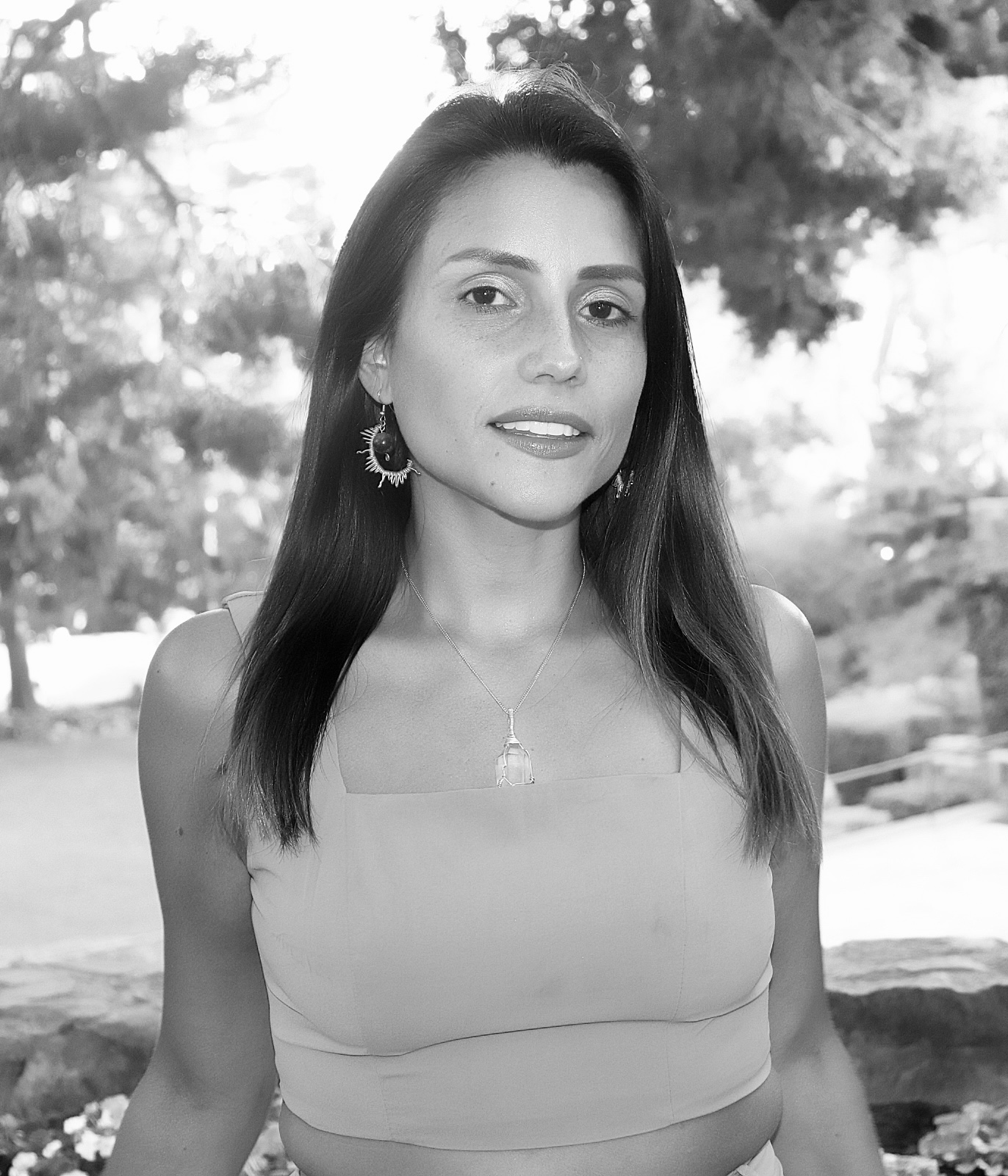 Emma joined UCASA this November 2020. Emma started at the Rape Recovery Center as a volunteer May of 2016, shortly after she was hired on as a staff on the Hospital Response Team where she advocated for survivors of sexual assault across different victim services systems. Through her hands-on experience as a crisis counselor on the Hospital Response Team, she brought a wealth of knowledge to the prevention side of sexual assault advocacy and was promoted to  Primary Prevention Educator where she interacted with the community to help educate and promote healthy relationships and overall knowledge about sexual violence. After spending time in the prevention field, she was called to work more closely with survivors and accepted a position as Client Liaison Advocate where she acted as a bridge for survivors and worked to connect them to resources and referrals based on their individual needs. Then, she was promoted to the  Client Coordinator position for the Rape Recovery Center and worked  at overseeing the day-to-day operation of the 24-hour crisis line and is leadership for the Hospital Response Team, with an emphasis on client care and closing gaps in service.

In her free time, Emma spends time outdoors as much as she can, hiking around the valley. She is also a licensed Reiki master, Zumba enthusiast, plant and cat mom and has a love for traveling and connecting to the earth whenever possible. 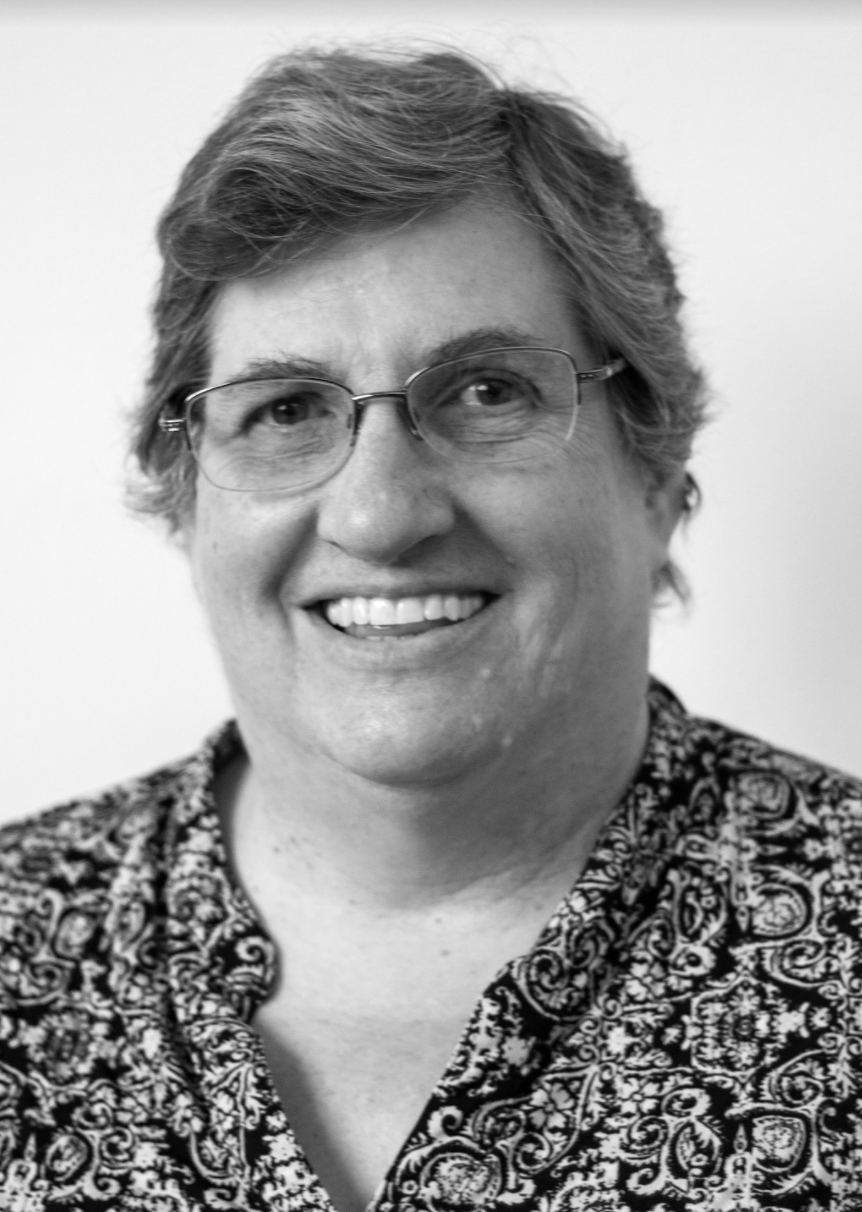 Susan Chasson is the Sexual Assault Nurse Examiner Program Manager for the Utah Coalition Against Sexual Assault. She has helped hospitals and communities create programs for providing health care and forensic evidence collection to victims of sexual violence in Utah for more than 25 years. She practices as a family nurse practitioner at the Merrill Gappmayer Family Medicine Clinic in Provo. Susan is actively involved in the expansion of Wasatch Forensic Nurses to  Utah County where they will be providing sexual assault medical forensic examinations starting May 1st of 2017. She is President-elect of the International Association of Forensic Nurses and a member of the Advisory Council of the National Sexual Violence Resource Center. 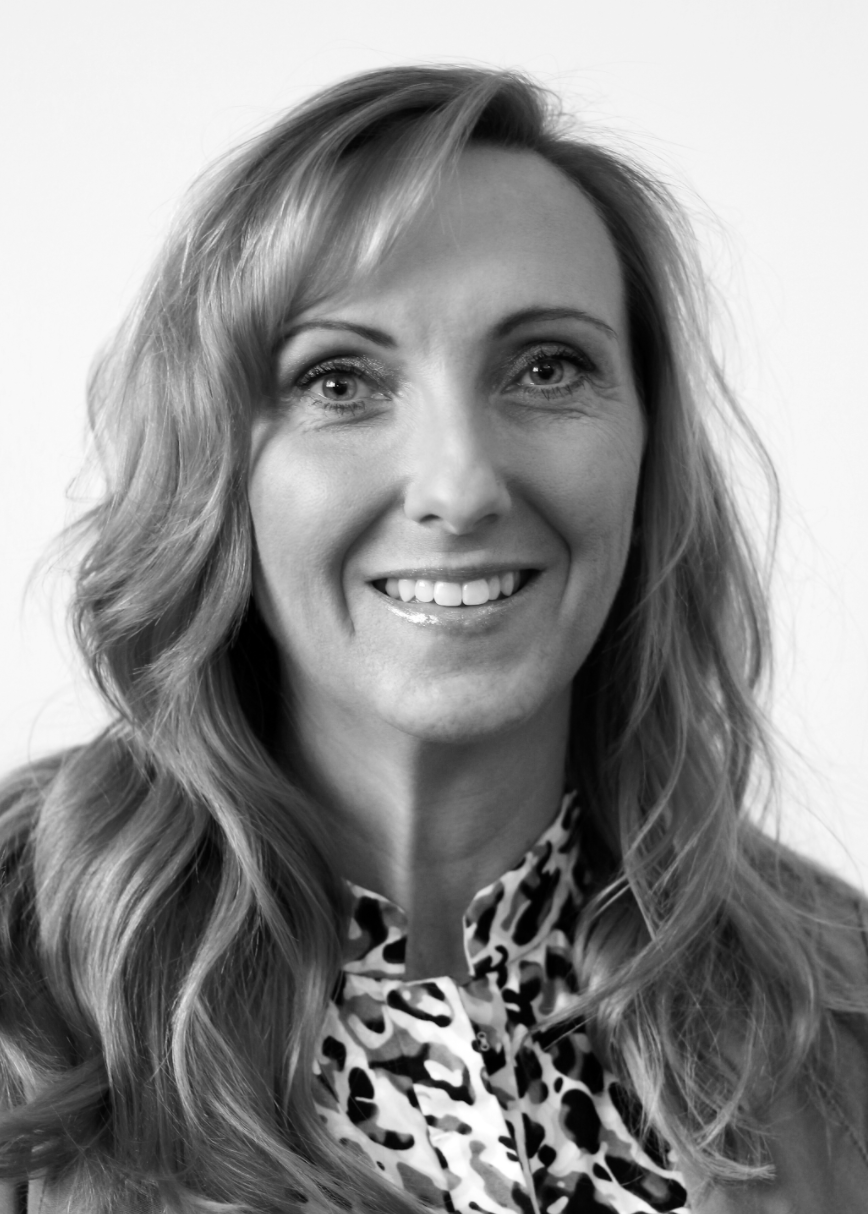 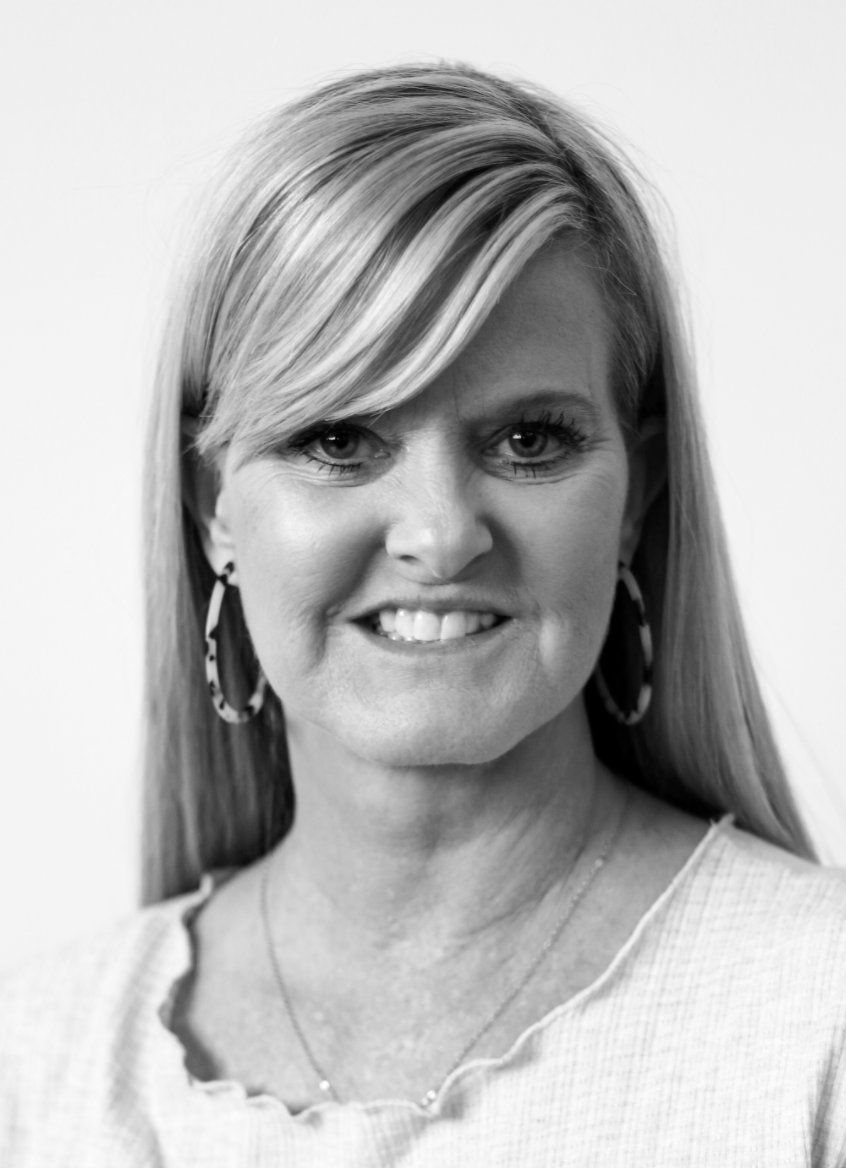 Trish received her Associates of Nursing Degree in 2004, and is currently working on BSN & Master of Nursing, Forensics. She is certified as an Adolescent/Adult Sexual Assault Nurse Examiner (SANE-A). She was the recipient of  the SAAM Award (Sexual Assault Awareness) in 2016.

She has been a forensic nurse for 9 years. Trish began working for Wasatch Forensic Nurses as an Adolescent/Adult Forensic Nurse in 2014. She is part of the leadership team and her responsibilities include: Resource nurse, Law enforcement liaison, Court liaison and Education coordinator. She has specialized training in strangulation & interpersonal violence, touch DNA, and evidence collection. She enjoys the opportunity to share her knowledge with members of the multidisciplinary team serving victims of sexual assault. 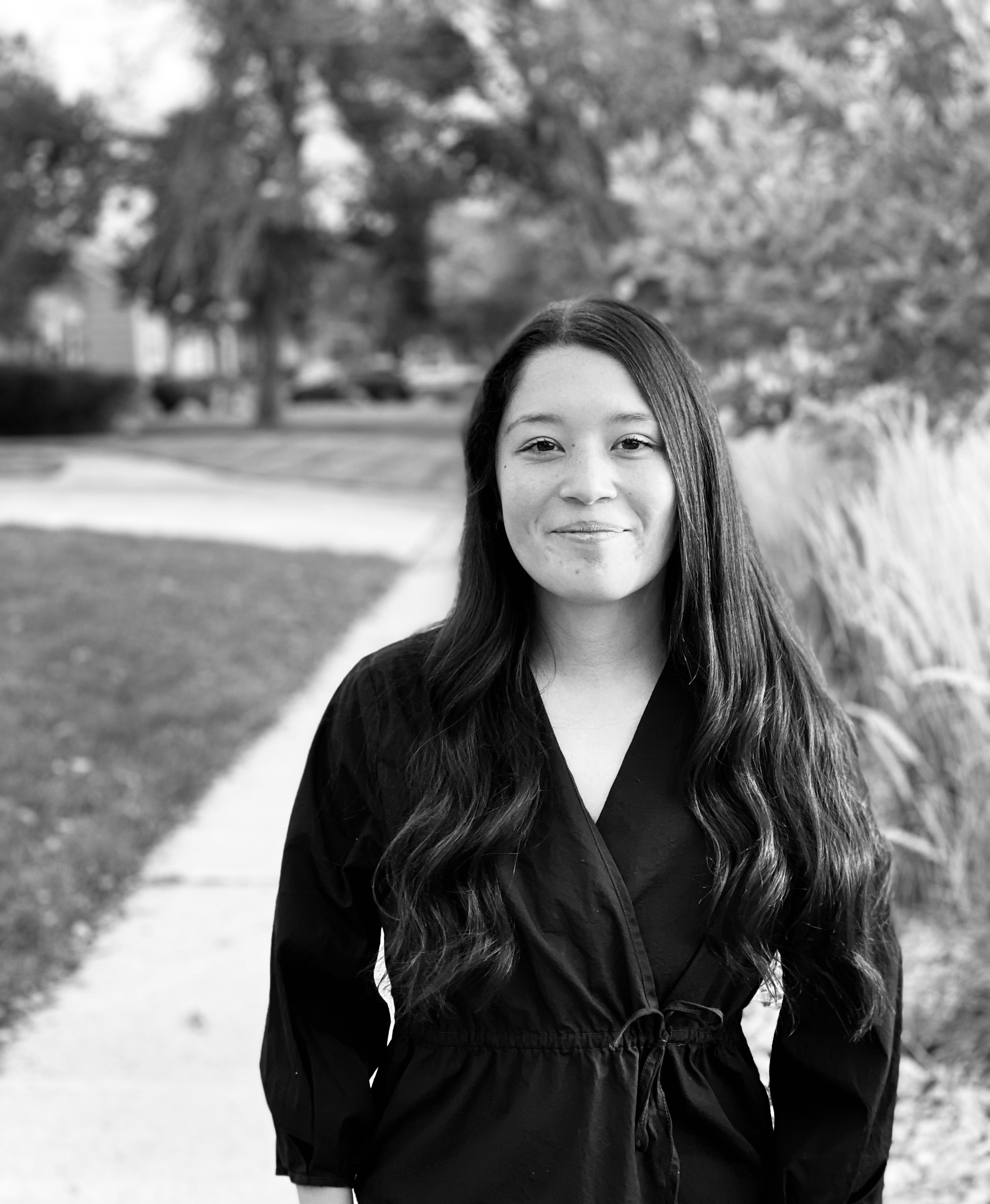 Joscelynne joined UCASA in April 2021. Joscelynne volunteered for the Rape Recovery Center in 2019 and became part of the hospital response team in February 2020. As she continued her journey in helping survivors she became part of the in-house advocates. Joscelynne has dedicated her time volunteering in different organizations and is committed to helping people of all backgrounds have a voice in communities.

When Joscelynne is not reading about equal rights she enjoys running, being outside, and spending time with her loved ones! 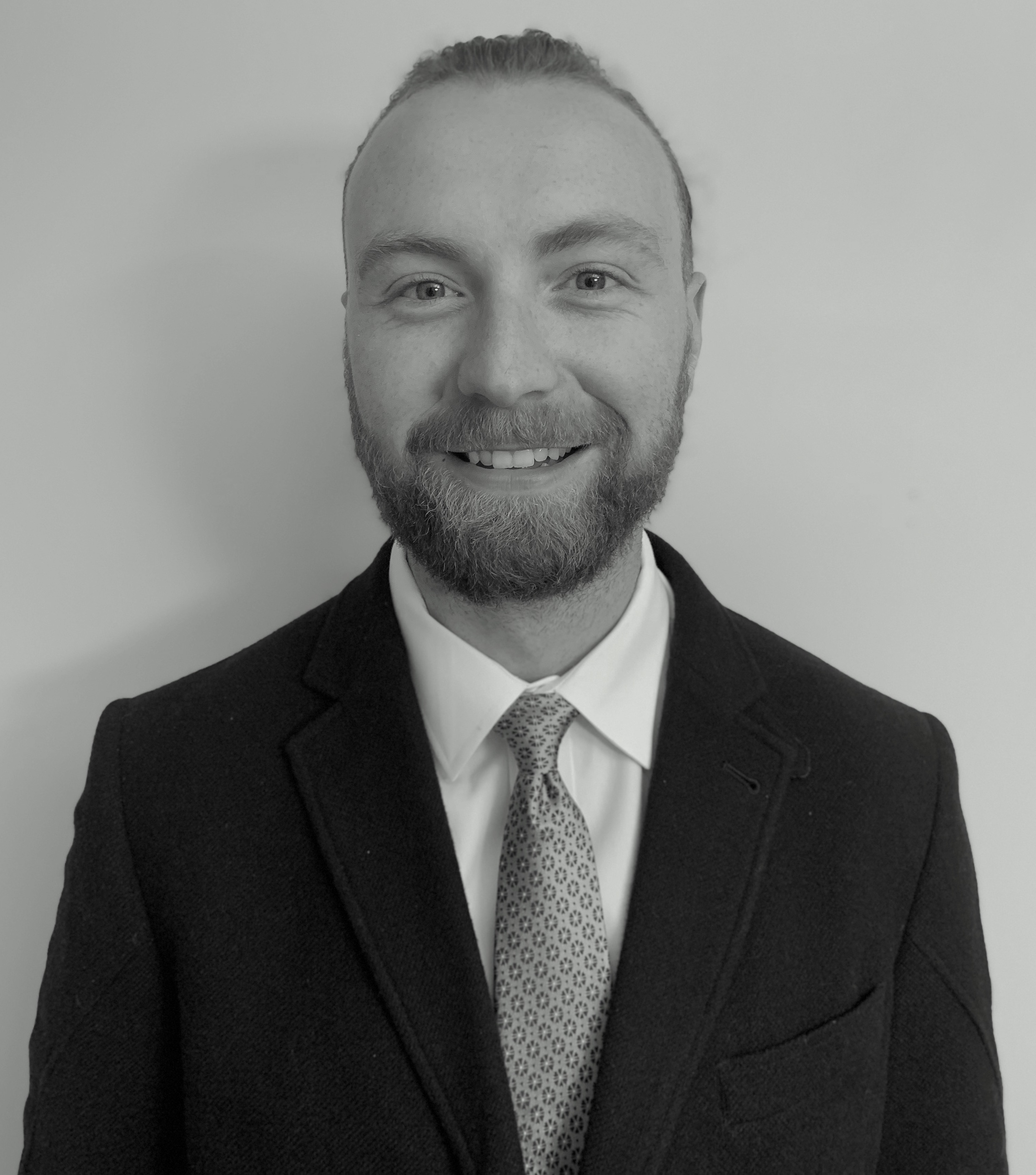 Jake received his Bachelor’s of Science in Public Health from Brigham Young University in December 2020. This Fall, he plans on attending the University of Utah School of Medicine.


Jake first entered the field of sexual assault prevention in October 2018 working as a research assistant for Dr. Julie Valentine. There he worked with the Utah State Crime Lab to help compile one of the nation’s largest databases on sexual assault statistics. He has presented findings on male rape victims at the UCUR 2020 Conference in Logan, Utah and the AAFS 2020 International Conference in Anaheim, California.

While studying at Brigham Young University, he co-founded the Students Together Against Sexual Assault club in September 2019. This club aimed to raise awareness of campus sexual assault and change the campus climate. In July 2020, he started volunteering with UCASA to recruit more male-identifying students to the cause.

When he is not at work, he enjoys making jewelry, exploring the canyon country of southern Utah, fly fishing across the West and playing the guitar and banjo. 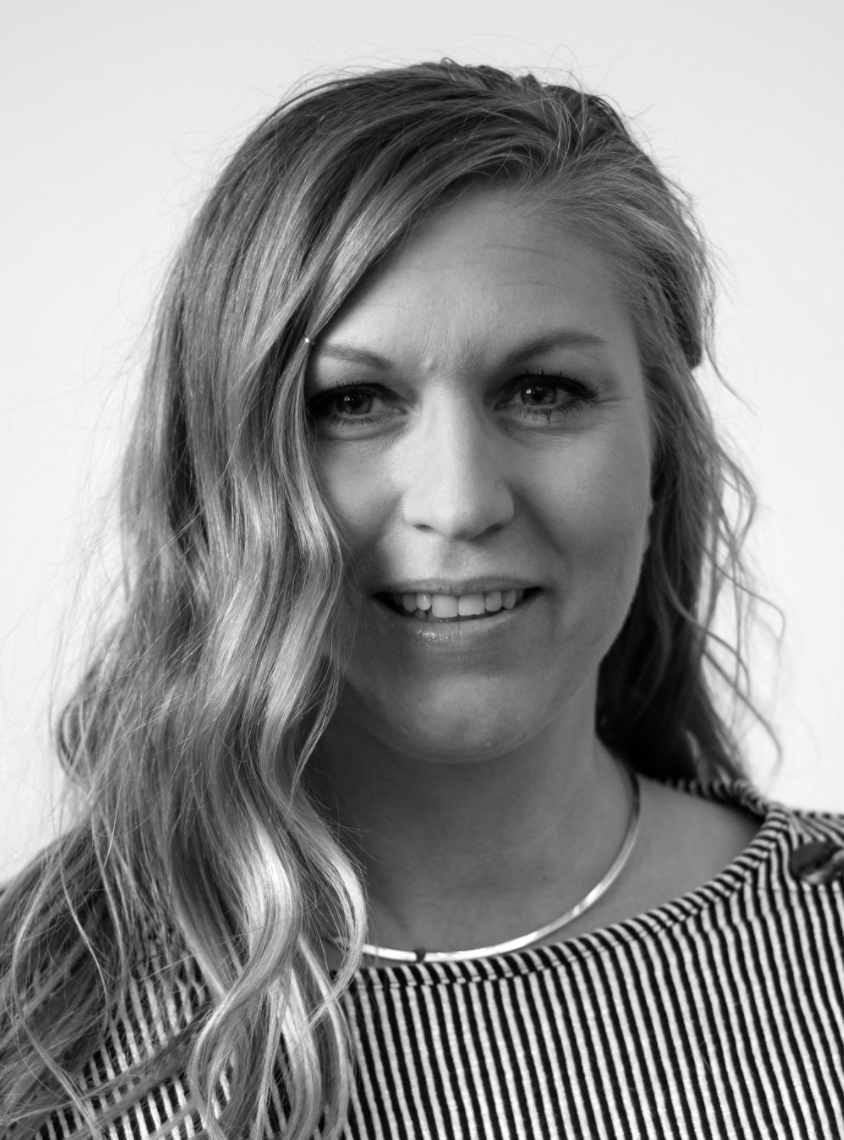 Doniell is an outgoing, compassionate, mother of five and married to the love of her life. She has many hobbies including remodeling, singing, dancing and making people laugh. She owned her own dance studio for several years and she is also right now taking a hiatus from a local band where she is a part of a vocal trio. Now days she is working hard on completing her Real Estate License but most importantly can be found supporting her children's ventures and being the loudest mom cheering them on! Her compassion for others has lead her to her service with UCASA where she has enjoyed becoming a part of that family.

Angelica began working for UCASA in June 2019 as the Rural Project Coordinator in Tooele County. One of the programs she facilitates are trauma art workshops. These workshops serve the community by facilitating those impacted by sexual assault on their journey to recovery and healing in a variety of creative outlets. Some goals for this program are to continue hosting workshops for adults and expanding to serve juvenile and child survivors. We plan on reaching more organizations and facilities such as colleges, shelters, and schools to share services. We will continue outreach and spread these workshops. Angelica is passionate about raising awareness of the prevalence of sexual assault and advocating for the needs survivors. 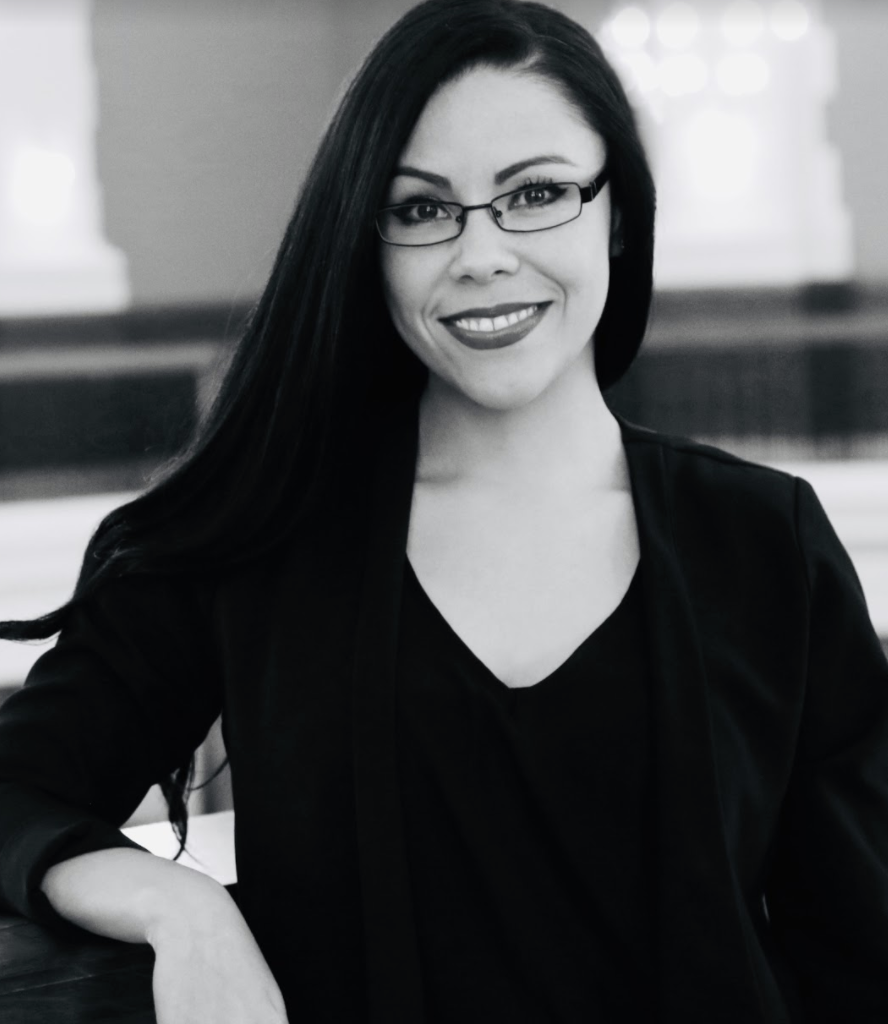 Ms. Nubia Peña received her Juris Doctorate from the University of Utah S.J. Quinney College of Law in May 2016. She was selected as one of 25 law students in the nation to be recognized and highlighted for her social justice activism in the National Jurist, a leading news source in legal education. Ms. Peña has actively sought to bring awareness to issues of violence and systemic oppression through her personal and professional endeavors. She has close to a decade of experience assisting survivors of domestic abuse, sexual assault, and victims of violent crimes as a Law Enforcement Victim Advocate.

Since 2007, Ms. Peña has been the Training and Prevention Education Specialist at the Utah Coalition Against Sexual Assault (UCASA) where she developed training on Teen Dating Violence, Latino Youth Empowerment, Assisting and Empowering Immigrant Survivors, and Understanding Rape and Sexual Assault. Her most recent endeavors include bringing awareness across the U.S. to the intersections of violence prevention and the School-to-Prison Pipeline, a national epidemic that targets our most vulnerable youth with disproportionate school discipline practices that streamline them into juvenile detention centers. Also, Ms. Peña is the Program Coordinator for the Racially Just Utah Coalition where their mission is to positively and proactively ensure racial equality in Utah through policy reform, accountability, and education.

Becky Skabelund is the Operations Manager and has been with UCASA since October 2020. She completed her bachelor's degree in Family, Consumer and Human Development in 2011 and a master’s degree in Business Administration in 2016. She is passionate about social justice, and desires people to be able to live in a world without sexual violence.

In her other life, Becky is a certified Reiki master, does Tarot readings, teaches English, sings/songwrites, learns about anything and everything, and maintains her thoroughly dry sense of humor. 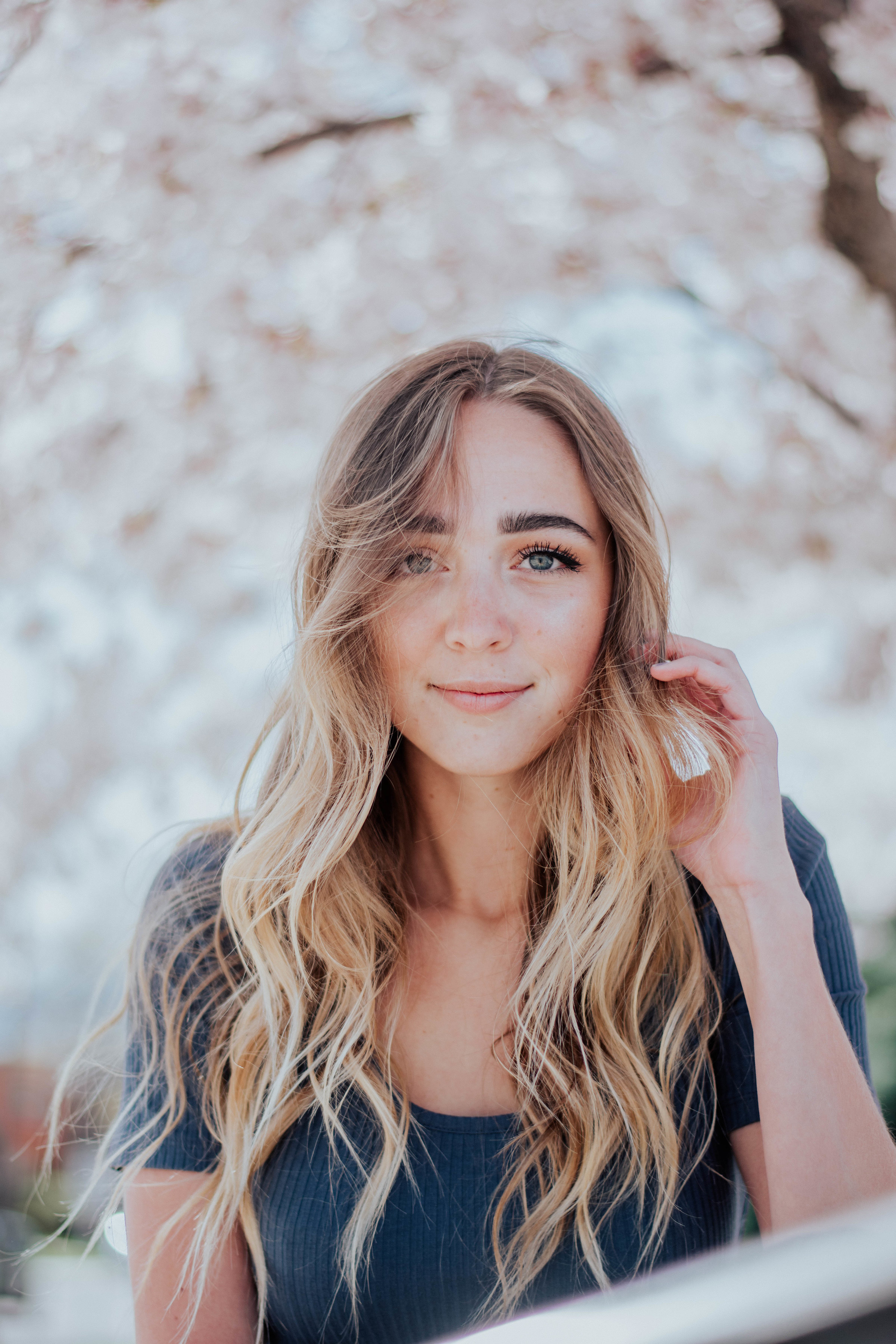 Hannah is a current senior at the University of Utah. She is double majoring in Criminology and Sociology.

Amanda Walton is a senior at Southern Utah University, and will be graduating with a Bachelor's degree in English and communication at the end of April. Through her education, she has developed a passion for women's rights and justice for survivors of sexual violence. After graduation, she plans to spend time writing, watching movies, and enjoying the outdoors with her family and dog, Phil. In the future, Amanda hopes to follow her love for writing and politics, in hopes of running for local office. She is so thankful and humbled for the opportunity to work with UCASA, and hopes to develop allyship for survivors in her future career path.