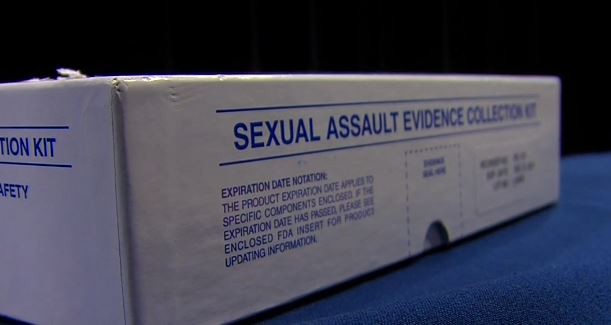 Salt Lake City — (KUTV) A push to legislate mandatory processing of all rape kits has people speaking out on both sides.

Victims advocacy groups say all the evidence that can be gathered, should be gathered and used to help get convictions. Members of law enforcement say there are times when this isn’t necessary and could only further jam up a system already dealing with a significant backlog.

“Every individual that comes forward and reports a crime should be heard, should be listened to and should be believed and all the evidence in the case be processed – a thorough investigation,” said Alana Kindness, the executive director of the Utah Coalition Against Sexual Assault. She said Friday that is their goal and the goal of all victims advocacy groups.

“It's in the best interest of public safety to mandate that all kits and forensic evidence is collected and processed.”

But West Jordan police Sergeant Dan Roberts says after working with sex crimes as an investigators for nearly a decade, sometimes it just isn’t realistic.

“If a rape kit will give us hard evidence, oh yeah, we'll process it, but if it's not, then we don't want to burden the state crime lab.”

He said it already takes at least a year to get information back in rape cases when a kit is sent in for processing, and believes there are many times when kits don’t help investigations.

“There are a lot of times, like when it’s the victim’s husband and they’re having sexual encounters … the rape kit isn’t going to tell us anything.”

He also said when the accused already pleads guilty, the kit isn’t necessary.

He got emotional in his response with 2News Friday, saying for those on the front lines, it breaks their heart each time they investigate one of these cases.

“There are few things as gratifying as being able to hold one of these monsters accountable ... and you know, we're going to do whatever we can to do that.”

Victims advocacy groups say resources need to be relocated so law enforcement has what it needs to facilitate processing these cases, and never dismissing this based on an individual officer’s experience, opinion, or instinct.

“We would rather have all of the information in every case, gather as much information as we possibly can,” Kindness said.

It is a debate that will likely continue as the push for legislation is set to intensify for this upcoming session.

The Rape Recovery Center, meantime, has a 24 hour Crisis Line at 801-467-7273. The Family Justice Center also offers free representation for victims at SLCFamilyJusticeCenter.org.

This piece originally appeared on kutv.com. Click here to read the original article.