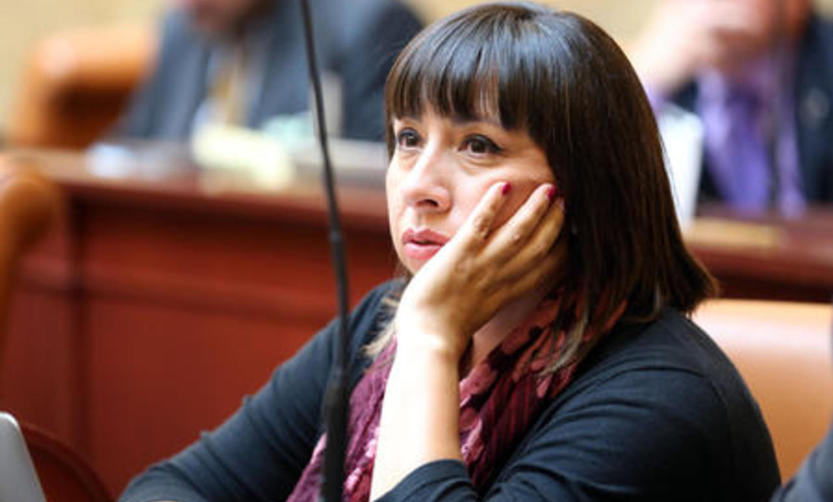 During the 2015 Legislature, Romero sponsored HCR1, designating the first Wednesday in April as Start By Believing Day. The resolution expressed support for victims of sexual assault, as well as End Violence Against Women International's Start By Believing campaign.

After the Legislature passed the resolution, End Violence Against Women International adopted the day of observance and began promoting Start By Believing Day around the world, Romero said.

"The premise of the Start By Believing program is incredibly simple. It is for everybody in our community to consider how would you react if someone told you they were sexually assaulted or raped," said Julie Valentine, an assistant teaching professor at BYU's College of Nursing.

The goal, Romero said, is to transform victims into survivors.

Questions such as what the victim was wearing or whether they were drinking are not positive reactions, and they contribute to self-blame, Valentine said.

"When loved ones react negatively to a victim's disclosure of sexual assault, it has a damaging effect on victims over and above the impact of the sexual assault itself," she said.

"We want to make sure that nobody ever feels like a victim, that they become a survivor, and that people believe them and they get the help that they need," Romero said.

According to Romero, 1 in 3 females and 1 in 6 males in Utah will be sexually assaulted before age 18.

"We actually do have a higher rate of rape and sexual assault than the national average," said Alana Kindness, executive director of Utah Coalition Against Sexual Assault.

Kindness said sexual assault rates in Utah have stayed the same or even increased, while most other types of violent crimes have steadily declined. 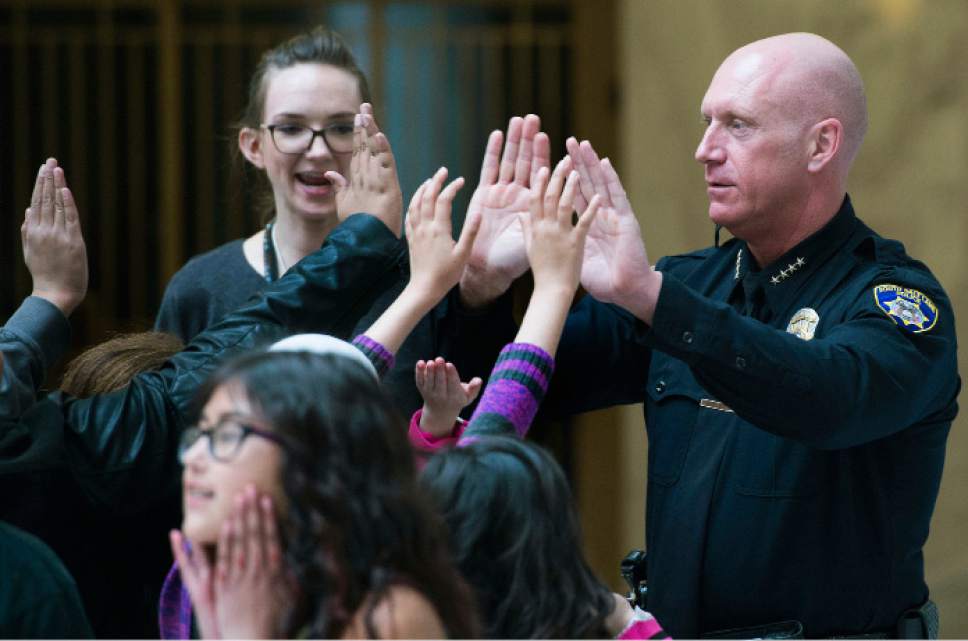 One Utah lawmaker is seeking to cut victim advocates out of court proceedings — a move police and prosecutors say would undermine prosecution of rape cases.

HB399, from Rep. LaVar Christensen, stipulates the advocates "are not part of a criminal prosecution and may not interfere with or undermine" defendants' rights.

Sexual violence groups, lawmakers and police chiefs gathered Monday at the Capitol in part to criticize the measure, saying it would stymie efforts to help people recover from violent attacks and navigate the courts.

"There's a lot of pieces to this that are really damaging," said Alana Kindness, executive director of the Utah Coalition Against Sexual Assault (UCASA).

What's Being Done to Stop Child Trafficking in Utah?

SALT LAKE CITY (ABC4 Utah) - Imagine growing up thinking sex is a way of life. That's what human trafficking of children can cause victims to believe. Advocate groups in Utah claim it's not a problem found in Europe or Asia or other parts of the United States.  They know it's here in Utah too.

"I was probably 12-years old and met some friends of family," said Gina who didn't want her last name revealed. "He probably saw a vulnerable little girl and I was trafficked by him, by his sisters, his other brothers."

Gina is now a grown woman with children and grandchildren.  But her life journey was anything but easy.  As a middle school student Gina kept this dark secret to herself. She said her parents looked the other way. They were drug users.

"I think I was just supposed to [become trafficked]," she said. "That's what my body was for.  That was the obligation I was supposed to feel."

She said she was paid in drugs.

"I started using heroin," Gina said. "I did what every male told me to do."

According to the Center of Missing and Exploited Children there are currently about 300,000 under age children who are victims of human trafficking.  At a recent legislative hearing, state officials testified there's no firm data on the number of Utah kids being trafficked but they testified it exists.  Advocates point to recent statistics released by the Department of Public Safety as evidence of child human trafficking in Utah.

SALT LAKE CITY, Utah (ABC4 Utah) - A controversial writer has canceled international meetings after a backlash over the content. The meetings were promoting extreme male dominance over women among other things. Sexual assault advocacy groups say it's now putting more light on the problem of rape.

The meetings were going to be held in Salt Lake City and Provo. Supporters were asked to sing up and then go to a location. Once there they were supposed to use a secret password and get a real location for the meeting.

Late Wednesday organizer posted that the meeting was canceled because he could no longer guarantee people's privacy and safety.

For years the organizer has promoted masculine ideas including that women are not equal. He also wrote a post about solving rape by "make rape legal if done on private property."

Alana Kindness, the Executive Director of UCASA, thought the meetings were a joke. After she visited the site and saw those who were agreeing she realized how dangerous it could be.

"They are propagating that they have the right to use violence against women," said Kindness.

Marty Liccardo is the co-founder of Mens Anti Violence Network of Utah which helps support men, women and children who sexual assault victims. He said neo-masculine groups like these are nothing new. He is impressed with the amount of people outspoken against this group especially men.

"I think it's important to show a much larger group in our community think that it's inappropriate and not okay."

He notes the organizer is also an author who writes books on how to pick up women.

Advocates hope this will create a better conversation about the problem of sexual assault, and violence against people.

This piece originally appeared on good4utah.com. Click here to read the original article.

Utah can no longer afford a culture that perpetuates sexual violence 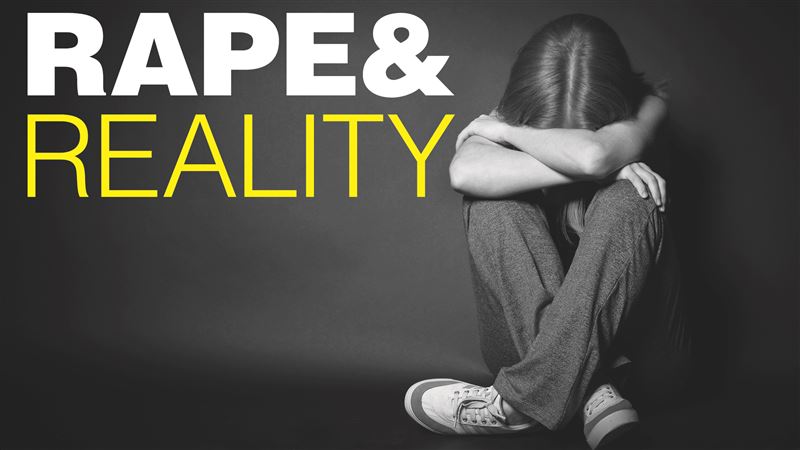 Enough of Utahns believing that women’s bodies are theirs to assault.

Enough of a state government that allows a rape culture to perpetuate itself, year after year, refusing to significantly invest in prevention.

Utah can no longer avoid its rape problem. Or afford it.

The Utah Department of Health and the Utah Coalition Against Sexual Assault released a report Wednesday showing that sexual violence cost the state nearly $5 billion in 2011, or nearly $1,700 per Utahn.

Cost of Sexual Violence in Utah

It’s a staggering number. $4.9 billion dollars, that's how much money is spent in Utah every year to cope with sexual violence. The Utah Department of Health released that information Wednesday at the state capital. Good 4 Utah looked over the report to break down the cost of sexual violence.

After 5 years of intense research, the Utah Department of Health and the Utah Coalition Against Sexual Assault now know the cost of sexual violence.

Rape is more than a public health or safety issue in Utah. It's also a financial one.

Sexual assaults cost the state $4.8 billion in 2011 — equal to 40 percent of the state budget for that year — a new report estimates.

"The numbers are absolutely staggering," said Ron Gordon, executive director of the Commission on Criminal and Juvenile Justice. "Even so, they're not enough to quantify the effect of sexual violence."

And because few assaults are reported, the real price tag may be much larger, said Gordon and fellow advocates at a Wednesday news conference at the Capitol.

The Utah Department of Health hopes the financial strain will put the problem of sexual assault on the minds of the public and lawmakers as the 2016 Legislature convenes in two weeks. Each instance of sexual assault cost the state about $1,700 per resident in 2011, the report found.

Some of the burden falls on hospitals, police departments and courts. But the most costly component stems from medical bills, lost wages and long-term emotional tolls, according to the report. The analysis from the Utah Department of Health and the Utah Coalition Against Sexual Assault was released Wednesday. Suffering and reduced quality of life, it said, accounted for 80 percent of the total damage.

Rape is a nightmare for any victim, but when the victim is locked up with his or her rapist, it becomes a recurring nightmare with no escape.

Molly Prince is a licensed clinical social worker who has worked with sex offenders since 1996. As founder and president of Utah Prison Advocate Network (UPAN)—a nonprofit dedicated to improving prison life and supporting inmate families and friends—Prince knows only too well of inmates' struggles to cope. "When you are locked up, and you don't have any way to escape and protect yourself," she says, "I've got to believe that's one of the most helpless situations a human being can be in: to be in prison and be sexually assaulted repeatedly and not be able to do anything about it."

The effects of sexual victimization in detention are pervasive and devastating, with profound physical, social and psychological impacts, says Leslie Miller, sexual-assault response team coordinator at the Utah Coalition Against Sexual Assault (UCASA).

"I would dare to say victims suffer greatly because their ability to gain any control over their lives is close to nil," Miller says.

Prison is designed to remove power from an individual. "You are told when to wake up, eat and sleep," Miller says. "If you are a victim of sexual violence, you have literally lost all control over your existence. You have no way of escaping your perpetrator."

SALT LAKE CITY — “There are more slaves in the world today than at the time of Abraham Lincoln.”

Meet Fernando Rivero. A veteran fire captain with a master's degree in public health, Rivero serves as chairman of the Utah Trafficking in Persons Task Force’s education committee and is a member of the Utah Coalition Against Sexual Assault and the Salt Lake Sexual Assault Response Team.

Police: Man dated women to get to children

ROVO Utah (ABC 4 Utah) - A 54-year-old Provo man is charged with preying on the children of women he is dating.

James Brausch was charged with two counts of aggravated sex abuse of a child in Utah County district court. According to Provo police
Brausch befriended two different mothers and allegedly molested their children after they moved into his home.

“Speculation, there's an obvious pattern here and it's a concern," said Lt. Brandon Post with the Provo police department.
"That's why we took action and that is why the county prosecutor found it appropriate to raise it to an aggravated charge."

Police aren't sure if James Brausch is targeting single mothers just to be with children.
But prosecutors say it's happened twice.
Brausch allegedly stayed overnight at a Provo hotel with a promise to give the girls swim lessons.
Court documents show the girl's mother who Brausch met at a support group for widows and widowers didn't come.

After they broke up, Brausch is accused of meeting the second mother on a LDS singles adult website.

“During this time he allegedly abused the 10 year old girl,” said Lt. Post.

Dating on singles websites or socially meeting a potential date, can be risky. Joann Griffin who lives in the same neighborhood as Brausch uses it to meet men.

"You don't know who is on the other end,” said Griffin. “And I'm very cautious. I will talk to somebody for a long time before I meet them and you just never know.”

Griffin said she has resources that allow her to get information about the men she may be dating.

“I've had some red flags and I'll stay away from them,” she said. “But I've also had one's that had a green light.”

"We don't want to have to mistrust everybody but there are questions we shouldn't be afraid to ask," said Alana Kidness with the Utah Coalition Against Sexual Assault.