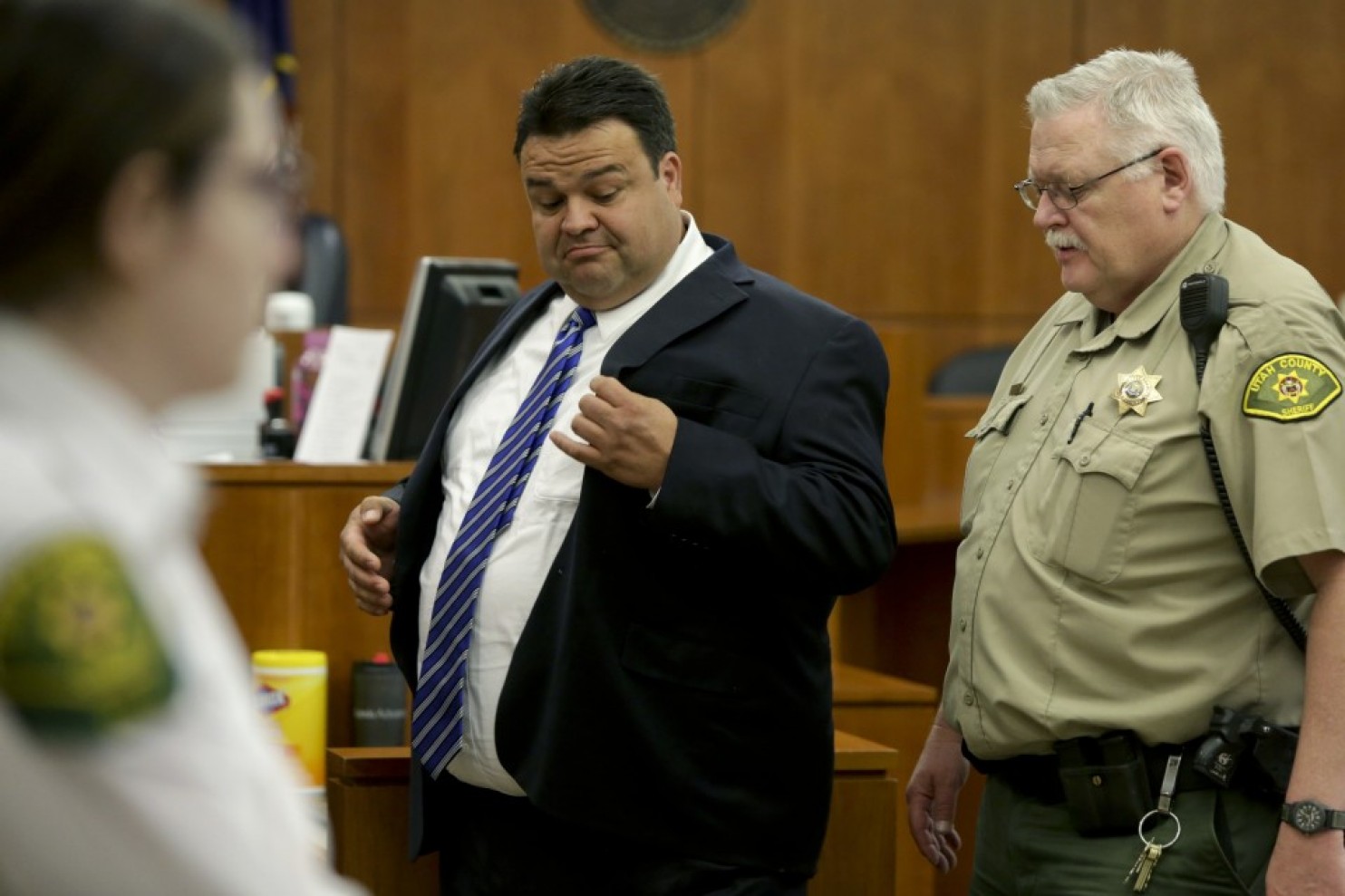 Last month, Judge Thomas Low allowed a former Mormon bishop who was just convicted of nearly a dozen sexual assault charges to go home while he waited to be sentenced.

The decision was later reversed, but it nevertheless opened a floodgate of complaints against the Utah judge. Criticisms snowballed after Keith Robert Vallejo’s sentencing hearing last week. Although Low sentenced Vallejo to prison, he also praised the defendant, further angering advocates who battle sexual assault.

“The court has no doubt that Mr. Vallejo is an extraordinary, good man,” Low said during Vallejo’s sentencing hearing Wednesday, according to the Salt Lake Tribune. “But great men sometimes do bad things.”

Low became emotional as he uttered the words and took a long pause mid-sentence, according to media reports.

Advocates say the statement compromised Low’s independence as a judge and left an impression that the former county prosecutor had no regard for people who have been raped. It’s even more critical in a state that advocates say has one of the highest rates of sexual assault in the country.

“This judge clearly shows unreasonable bias toward the perpetrator,” Mark Lawrence, director of Restore our Humanity, a local advocacy group, told The Washington Post. “This is the most despicable behavior to a victim.” Turner Bitton, executive director of the Utah Coalition Against Sexual Assault, said Low’s statement inappropriately shifted the focus away from Vallejo’s two victims and seemed to place higher regard on how a convicted sex offender is treated.

“Anytime someone in a position of authority says something like this, it reinforces the narrative of blaming victims and holding them responsible for what happens to them,” Bitton said.

The Post was unable to reach Low on Sunday. A call to a number registered under his name was not returned. But a court spokesman told the New York Daily News that he had declined to comment.

The assaults happened on numerous occasions in 2013 and 2014, when the two women — one of whom is Vallejo’s sister-in-law and the other is a relative — were staying with him in his home in Provo, home to the Mormon-owned Brigham Young University.

The women told investigators that Vallejo groped them while they were asleep, said Christine Scott, one of the prosecutors in the case. One of them was further sexually assaulted.

Vallejo, a former bishop at the Church of Jesus Christ of Latter-day Saints, was convicted in February of 10 counts of forcible sexual abuse, a second-degree felony, and one count of object rape, a first-degree felony.

After the jury trial, Low allowed Vallejo to be released on bail while he waited for his sentencing hearing — a decision that prompted many to report the judge to the Utah Judicial Performance Evaluation Commission.

The commission has received dozens of emails, voicemails and Facebook messages complaining about Low’s handling of the case, Jennifer Yim, the executive director, told the Associated Press.

“He didn’t consider him a flight risk. He’s shown up to everything else. He’s got good ties to the community,” Scott said of the judge’s decision, adding that Vallejo’s family, including his eight children, had appeared in court in support of their father.

Prosecutors later asked Low to change his ruling, arguing that allowing Vallejo to go home caused further psychological trauma to the women who were assaulted. Vallejo was taken back into custody in March, according to the Salt Lake Tribune.

Under a sentencing range that Low imposed last week, Vallejo could spend either five years or the rest of his life in prison. In Utah, the Board of Pardons and Parole determines the exact sentence based on a range given by a judge.

But Vallejo has continued to maintain his innocence.

During the sentencing hearing, Low said that he agrees with the jury’s verdict, Scott said. The judge also addressed one of the victims, Julia Kirby, Vallejo’s sister-in-law who had spoken publicly about the assault, the Salt Lake Tribune reported. He called her a “survivor.”

But those words meant little for victims who had to endure the embarrassment and pain of recounting their experience in a public hearing in front of strangers, Scott said, especially if their attacker was praised in their presence.

“Mr. Vallejo is not a good person in their eye. … We thought the focus should’ve been on the crime, not the person,” Scott said. Low “is trying to acknowledge that there was some good qualities that Mr. Vallejo had, but certainly, his good qualities do not outweigh his criminal act.”

Still, Scott said she does not think Low’s characterization of Vallejo as a “good man” was meant to be insensitive to the victims. She said that Low is the type of judge who does not condemn people in his courtroom, including defendants, no matter how abhorrent the crime.

“He doesn’t want anybody walking out saying, ‘That judge was so mean to me,’ ” Scott said. “I really think that he was just trying to soften the blow a little bit, trying to make Mr. Vallejo’s family feel a little bit better about the sentence. … I bet right today he wishes he said it differently.”

Still, advocacy organizations have said that they plan to file formal complaints against Low.

Both Lawrence and Bitton said their organizations intend to do so this week. They said the goal is not disbarment, but some form of punishment that would require Low to go through a training on sexual violence and how to deal with victims.

Low became a judge in Utah’s Fourth District Court in 2009, according to his biography. Before that, he was the Wasatch County attorney for six years and was named County Attorney of the Year in 2008.